About 10 years ago, my friend Kathy brought over her Dad's neckties, saying "I'm never going to make anything out of these. Maybe you can sometime..." And so they languished in the closet in my studio...until a few days ago. A celebration was being planned for Kathy, and the idea of contributing cash to a group gift for some reason didn't appeal to me. I noticed the ties hanging in the closet..."that's what I'll do! I'll finally make something out of those!" 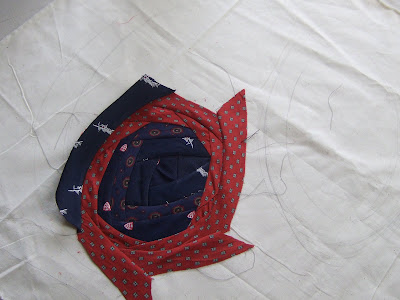 Kathy's father graduated from McGill University and he was a pilot in WWII. There were two ties in the collection that I remembered had particular significance: the tie with the crests is his university tie, and the other navy tie has airplanes as the repeating motif. 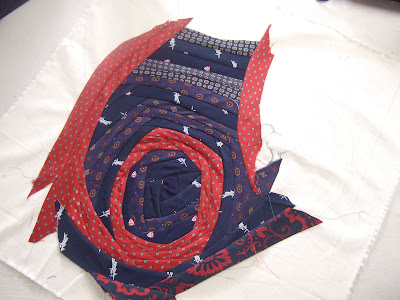 I decided to try and use the only red tie to piece the big number. 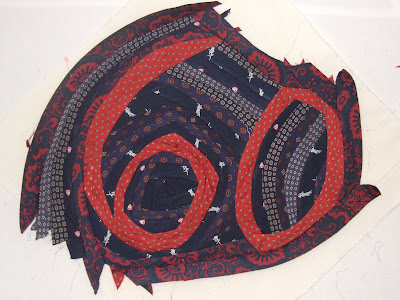 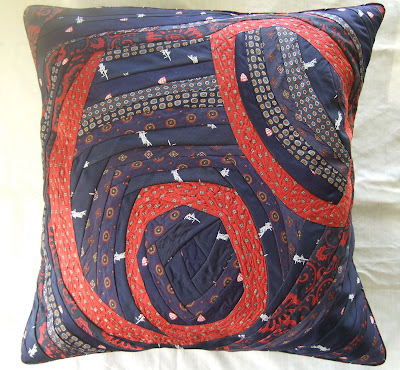 Here's the final outcome--a cushion to commemorate a special birthday. And best of all, when I presented it to her, she didn't notice the 60 at first--it's subtle enough. And it looks great in their living room too!

Janet Armstrong
Vernon, BC, Canada
I have about 50 projects (but who's counting?) in varying stages of completion, from baskets of yarn ripe with potential and simple projects like socks ready to grab at a moment's notice, to intricate garments that have been in process for a while and are almost finished! I love to design as I knit without too much advance planning. I also create liturgical stoles on commission from my favourite fabric, neckties! I balance my stitching life with volunteering at Hospice House and daily walks with a friend. Search Facebook for my Liturgical Art Stoles page for more info.